Spread the love Through Social Media 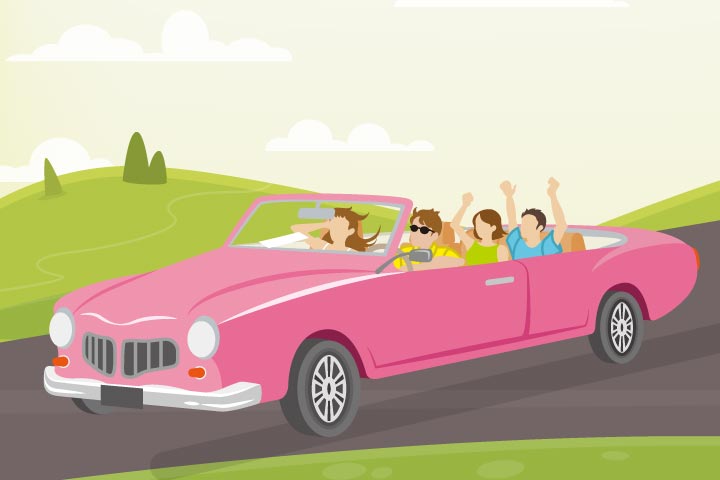 There were four friends who hated studying. They partied all night before their exams and planned to skip the test by lying to the professor. So they went to the dean and told him that they had been to a wedding the previous night and on their way back, they had a flat tire. They continued to say that they had to push the car all the way back, as they didnâ€™t have a spare tire and hence, were not in a position to write the exam.

The dean listened and agreed to let them take the test on a later date. Happy that they got a second chance, the four friends studied hard and were ready for the exam. On exam day, the dean asked the students to sit in separate classrooms, which the students agreed to.

The examination paper had only two questions, for a total of 100 marks. The questions were thus:

You may be smart, but there are people smarter than you in the world.

Owner At Toys And Sport

The Other Side Of The Wall

The Cunning Fox and the Clever Stork

A Friend in need is a Friend indeed Ali Baba and the 40 Thieves Story Babies Believe in Yourself children Children story Controlling Anger Moral Story Cow and tiger Donkey in the Lion's Garb and Lion and Rat Stories for Toddlers English Moral Stories for Kids / Children. Cartoon Animation Aesop's Fables Belling The Cat Kids Kids and Children's. Kids Moral Story kids short story Kids Story Kidz Moral Stories Moral stories for kids moral story pictures Read Seven Fishes Short Kids Story short stories for kids Story Children The Bird and the Ant The Boasting Traveler Moral Story The Boy Who Cried Wolf Moral Story The Cunning Fox and the Clever Stork The Dog At The Well The Farmer and the Well The Fox And The Grapes Story The Goose with the Golden Eggs The Hare and the Tortoise The Lion and the Mouse The Man And The Cat Moral Story The Miser And His Gold THE WIND AND THE SUN Top Story for Kids Toys Shop Pakistan Two Friends and Bear Unity is strength Video Video Moral Story Watch
wpDiscuz
2
0
Would love your thoughts, please comment.x
()
x
| Reply
×